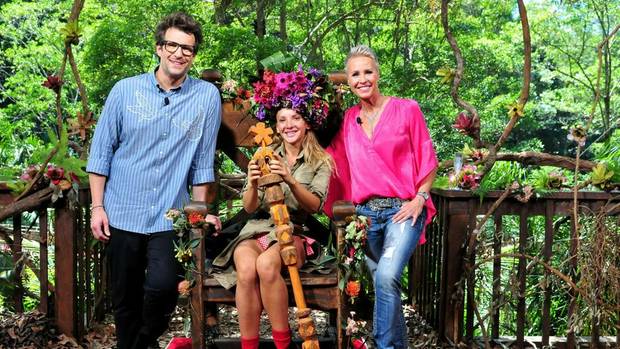 RTL has let the cat out of the bag: How the station announced that it was Evelyn Burdecki (30) in the final vote, the 13. Season of “I’m a celebrity – Get me out of here!” with a superior edge of the crowd to the jungle Queen of the 2019 season. They were United in proud 60,45 percent of the votes, counterparty Felix van Deventer (22) got “only” 39,55% of the Votes. This result had been in three finals already. Also, as Evelyn led significantly with 46,14% of Felix with 28,54 percent and the third-placed Peter Orloff (74), 25,32 percent.

Overall, was Evelyn at six “Who should stay in the Camp?”-Votes the front. Felix won once at 19. January 18,79%, and Bastian Yotta (42) impressed the viewers in a single day: On 21. January, he got strong 29,83% of the votes. Peter emerged only in the course of the second week to the Final candidates. He cleared the field virtually from the rear and received only two days of the second rank.

in the first week, the question was “Who had to bite in the next jungle test?” Gisele Oppermann (31) six Times in the bullet and broke all the records. The voting for this were brutally clear: 32,16 up 47,75 percent caused the Model to no doubt, who wanted to see the audience favorite at the trials of suffering.