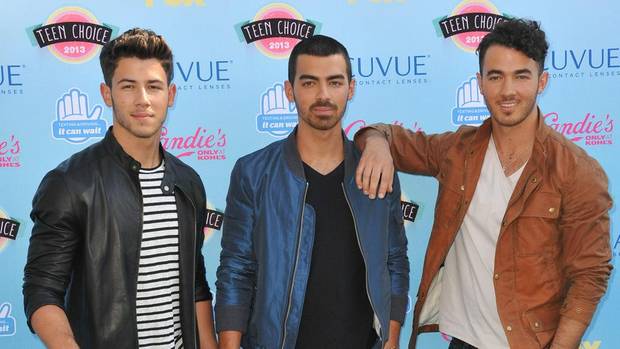 The Jonas Brothers at the Teen Choice Awards

the Fans of the Jonas Brothers waits to the new Single “Sucker” soon to be a behind-the-Scenes: the Comeback of the boy band is accompanied by a documentary film, “The Hollywood Reporter” reported. Jennifer Salke, Head of Amazon Studios, announced that the Film will be a personal, intimate look into the lives of Kevin (31), Nick (26) and Joe (29).

“the brothers are back together, is the message, which all have hoped and we can’t wait to share these intimate and important documentation with our customers,” announced Salke. “Our Fans are the best in the world and have accompanied us on the tour as the Jonas Brothers and as individuals,” reported the Band themselves. With the movie you wanted to go, “to reach all the Fans around the world”. The Jones Brothers had dissolved their Band in 2013 due to “creative differences” between the band members.