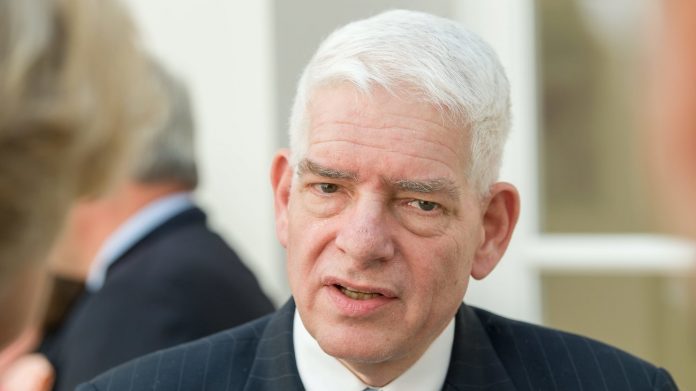 “in a time of growing anti-Semitism, we will not allow ourselves to be discouraged,” said Schuster after his re-election. “We will make our contribution to a tolerant and open-minded Germany”, says Schuster.

the President of The Jewish community of Munich and upper Bavaria, Charlotte Knobloch, welcomed the shoemaker’s re-election. To ensure that “In these difficult times, because of the Jews flares up hatred in the society and also, unfortunately, in politics, again, I think it is the reasonable decision and the right Signal, by a second term for continuity at the head of the Central Council.”

“A godsend, not only for the Jews in Germany”

the President of the Council of the Evangelical Church in Germany (EKD), Heinrich Bedford-Strohm, congratulated Schuster for re-election: “He is a godsend, not only for the Jews in Germany, but also for our entire country. I am looking forward to hear his strong, distinguished, and wise voice of the Public in the future,” it said in a statement.

The Chairman of the Catholic German Bishop conference, cardinal Reinhard Marx, has congratulated Schuster. “I am delighted at this decision and am grateful that our good and trusting cooperation can be continued,” said cardinal Marx. In these days, the public debates are characterized by the migration question: “With differentiation and objectivity they point to problems of integration, without the refugees, or the Muslims tires as a group.”

shoemaker’s first term in office, fall is the introduction of Felix Klein as the anti-Semitism of the German government, as well as the increase in the annual Federal grant to the Central Council three million to 13 million Euro officer. In October, Schuster had also said that he wanted to work in a re-election for the introduction of rabbis in the army, an improvement of integration courses and the realization of a Jewish Academy. In addition to his involvement in the Central Council of Jews in Germany, Schuster is Vice President of the World Jewish Congress (WJC) and the European Jewish Congress (EJC).