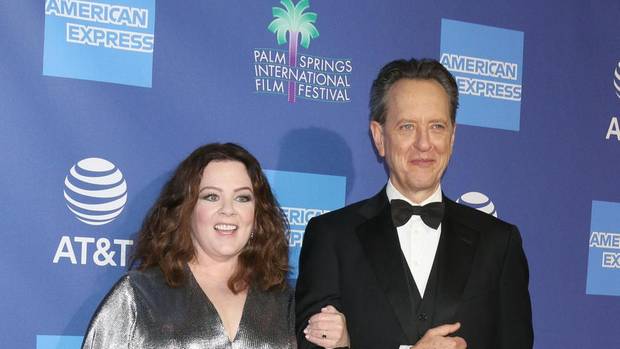 Richard E. Grant, and Melissa McCarthy at the Premiere to “Can You Ever Forgive Me?”

The British actor Richard E. Grant (61, “The iron Lady”) in a first reaction to his Oscar nomination for “Can You Ever Forgive Me?” “overwhelmed”. In a BBC Interview, he said that all this is far dreamed more than he ever hoped, or have imagined. In an interview with the American Portal “Us Weekly” he said that he had initially called his colleague, Melissa McCarthy, and they had together cried: “I’m just very emotional.”

He learned of the nomination, as he had been with his daughter at lunch, in London, reported to Grant: “you had to run a Live-Stream on your iPhone. She had on a headphone plug, I the other.” The Swaziland-born and raised actor is nominated as “Best supporting actor”.