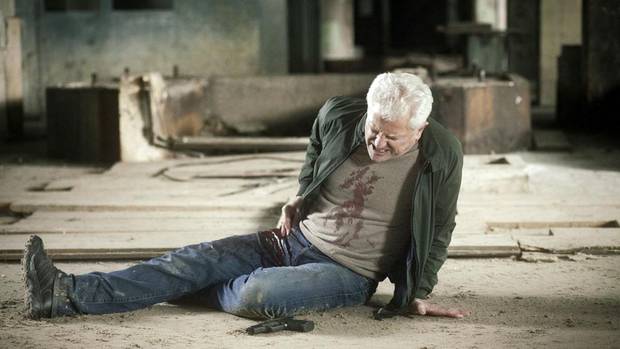 “death is our life” (repeat at 24. March at 20:15 clock in the First): crime Commissioner Ivo Batic (Miroslav Nemec) main shot

was running Which is the “crime scene” on Sunday? The closer the weekend comes, the more interesting this question is for Fans of the mystery-cult format. But this time it is different: Because this coming Sunday is running at the usual transmission time to 20:15 clock in the First not only charisma, but a repeat. Why, asked the news Agency spot on news at the station.

“On this day, a football match with German participation, which will be shown in Free TV. We want to save the ‘crime scene’-spectators, among them many football Fans are spoilt for choice”, is the justification of the transmitter – RTL from 20:45 clock, the EM-qualification game in the Netherlands against Germany.

This crime is repeated again

anyone Who has still not keen on football, can see in the First, the repetition of the see of Munich-Thriller “scene of the crime: death is our life” from April 2017. That’s in the Film:

A year has passed since the commissioners Ivo Batic (Miroslav Nemec) and Franz Leitmayr (Udo Wachtveitl) have set the search for the killer of Ben Schröder (Markus Brandl) who was stabbed to death before the eyes of his wife Ayumi (Luka Omoto) and his son Taro (Leo Beautiful),. But suddenly, the Killer strikes again. As if by a miracle, there are this time, but a variety of Clues to the perpetrators. Thomas Barthold (Gerhard Liebmann) can be taken. During a prison transfer, but an in-between case, at the end of which there are more Dead…