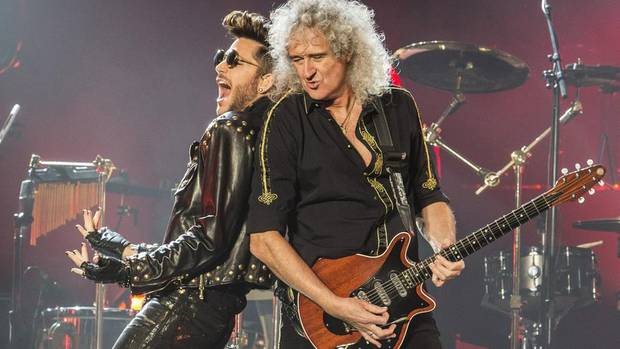 Adam Lambert and Queen guitarist Brian May on stage

Just a week before the Oscar ceremony, the Academy has announced a very special musical Act: The legendary British Rock Band Queen will perform at the award ceremony on the stage, like it says on the official Twitter Account of the Oscars! Rumour has it, that could open up Queen to the event.

The reason for this very special appearance is obvious: thanks to the Biopics “Bohemian Rhapsody,” about the late Queen front man Freddie Mercury, the Band is currently on everyone’s lips again. The Film is nominated for five Oscars, including “Best Film” and “Best actor” for Rami Malek (37, “Mr. Robot”).

Mercury is represented on stage by Adam Lambert (37, “Ghost Town”), which was already in a Tweet on the big show: “We are going to rock the Oscars!”. Lambert has been touring a few years ago, with the remaining Original members of Queen, Brian May (71, guitar) and Roger Taylor (69, drums), Queen + Adam Lambert.