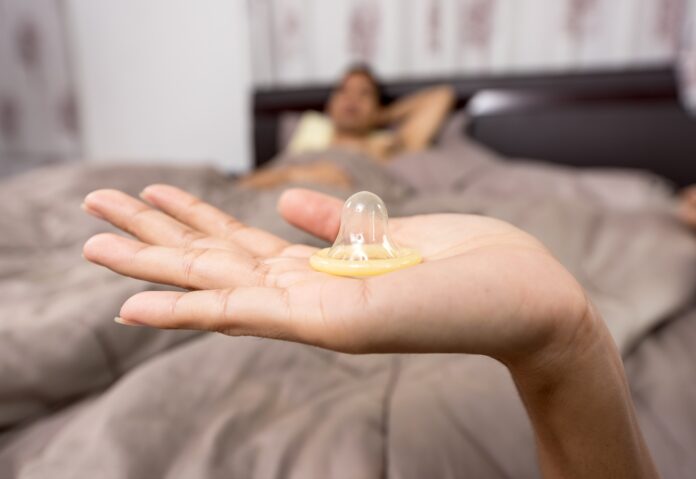 Inside a famous Orange County medical clinic called Obria Medical Clinics, are now preaching abstinence, not condoms — is summoned to stop the spread of chlamydia.

The public is in outrage as the Christian medical chain, is awarded $1.7 million in federal family planning funds for the first time this year. The chain will not offer hormonal birth control or condoms; instead, its doctors will teach patients when they’re likely to be fertile and counsel them in abstinence.

In its initial application for federal funding, Obria claimed they would follow the Centers for Disease Control and Prevention guidelines and recognized medical standards for preventing STDs. Medical experts stress if used correctly and consistently, condoms are highly effective at preventing transmission of STDs. According to the CDC, condoms may be one of the most effective ways to prevent unwanted pregnancies. A study which has been confirmed by the American College of Obstetricians and Gynecologists and other significant medical associations.

Despite all the factual evidence, Obria will not advocate or provide condoms. Instead, staff will “emphasize that avoiding sex is the only 100-percent method to prevent pregnancy and STDs” and teach patients about “high-risk behaviors” and the “risks of using ‘safe-sex’ methods,” as stated by the group’s application.

In a 2018 interview, Kathleen Bravo, CEO of the Obria Group, described the organization’s approach as, “By reducing sexual risk, you would have fewer women getting sick with STDs and cancer and pregnancies,”

“In other words, teach them not even to go down that path.”

Experts who have held countless studies claim the clinic’s actions are reckless and will reverse years of desired containment.

“It’s hard to fathom how a health care provider could test someone for an STI [sexually transmitted infection], have the results either be negative or positive and not provide them with information about the efficacy of condoms in STI protection,” argued Philip Yaeger, executive director of Radiant Health Centers.

According to federal reports, 2013 to 2017, the number of gonorrhea cases in America has increased by 67%; syphilis rose by 76%. The number of cases of gonorrhea, syphilis, and chlamydia reached 2.3 million in 2017. Approximately 30,000 people are newly infected with HIV each year.

If they are left untreated, sexually transmitted diseases can lead to infertility, cervical cancer, blindness, and dementia.

In Orange County, where Obria holds its headquarters, sexually transmitted diseases are an unrelenting force: Between 2013 to 2017, gonorrhea cases rose by 129%, chlamydia by 65%, and syphilis by 99%.