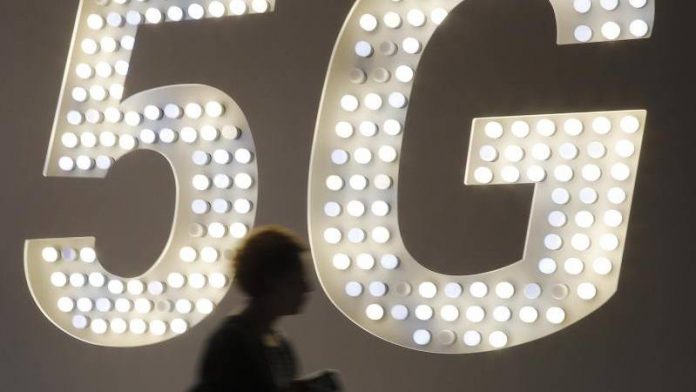 a Lot of Trouble to 5G – the abbreviation for the new mobile radio standard has become in the last few weeks for many of the upsets, the number one topic: mobile phone companies shortly before the auction of new frequencies in court, politicians are calling for the nationwide Expansion.

Provider waving. The award of the 5G should enhance frequencies for the Digital economy in Germany. To 5G of questions and answers:

5G is the fifth generation of mobile communications. The former is the analog mobile Phone and the digital standards GSM, UMTS and LTE. 5G can transport the data around a hundred Times faster than the current LTE (4G). The new Standard promises but also to shorter running times of the data (latency). In addition, can be operated in a 5G radio cell a lot more equipment than the older Standards. With 5G devices can be up to a Meter located. The 5G architecture can align intelligently to the respective requirements of devices in the network. So a 5G network can connect, for example, in a manufacturing hall specially a lot of things and machine to each other, in any other Situation high bandwidth for the playback of high-resolution Videos available, or on the streets, a particularly fast and reliable network with short latency for traffic control.

What frequencies are now being auctioned off?

In the 5G auction, on 19. March is supposed to start, it goes to 41 frequency blocks that are located in relatively high areas (2 and 3.4 to 3.7 GHz). According to the laws of physics, these high frequencies have no great Empire. It can be theoretically bridged up to five kilometres, but only if no tree, house or other obstacle is in the way. The frequencies from the auction are, therefore, less to rural areas to cover with mobile phone over a large area. The wireless standard 5G but can also be used on other frequencies to use, the greater distances can be overcome. For this purpose, the frequency spectrum in the 700 MHz band that was auctioned in 2015.

Why are the short run times in the 5G relevant?

The data can be transmitted over 5G almost in real time, the latency time can be under a millisecond and may not exceed ten milliseconds. This makes the network attractive for the operation of remote-controlled vehicles, high-precision robots. Also tele-medicine applications, for example, an Operation remotely, with low latency possible.

How 5G can serve the different requirements?

on the 5G, there is not a network for everyone, but many virtual networks that meet certain requirements. This principle is called Network Slicing. Some applications require large data transfer rates, while others only transmit small amounts of data, but need to arrive with the least possible delay, for example, in the case of the control of a drone control system, robot control systems in factories and the networking of self-propelled vehicles. In the logistics, the possible power saving is desired, however, the end connection of a myriad of objects in the Internet of things. For many application scenarios there is, therefore, a Slice (engl. Slice or piece).

Who benefits from 5G?

Initially, companies will benefit from the new Standard, for example, in your production hall or in a fleet for the Internet of things. For the industry 4.0 5G is considered to be indispensable. Intelligent traffic management systems are in the planning stage, in which, for example, the traffic light circuit at the actual traffic-oriented traffic. In addition, the use of 5G for the operation of Autonomous vehicles will be tested.

What is the private user?

recently, numerous manufacturers have announced new Smartphones that already support the 5G Standard. But when the first buyer will have an advantage. Still, there are no available rates of mobile service providers for the new Standard. Advantages is likely to bring 5G to private users, wherever many people come together and at the same time online want to be. So 5G is suitable for example ideal to leave on an Open-Air concert or at a football game in the stadium, no more visitors network is technically in the rain.

replaces the 5G, the 4G networks?

no, LTE is a key Foundation of 5G. The mobile network operators to build the 4G networks continue to be solid. For many of the requirements of LTE is likely to be completely sufficient, for example when Streaming Videos. The Provider of my at least. In the simple operation, LTE comes at a bandwidth of up to 150 megabits per second, in some cities, up to 300 Mbit/s are already possible. Since 2016, the built LTE Advanced Pro (4.5 G) is then to deliver speeds up to one Gigabit per second. Even large video files in a matter of seconds to download. However, many of the LTE networks are not able to deliver the theoretically possible maximum speeds in practice. In the case of 5G, the users actually incoming average data transfer rate is to be compared to LTE is much higher.

there Will be in the future, 5G across the Board?

hardly. Last of all, the countries of Bavaria, Mecklenburg-Western Pomerania and Rhineland-requested-Palatinate the Development of 5G to the last corner. For the supply of rural areas or farmland, which is now up for auction is the 5G have a broad-spectrum in General, but too-short – for this you would need many tens of thousands of newly built cells. Every single 5G-Mast is estimated to cost more than 100,000 Euro, so that quickly added up to billions. So far, around 70,000 towers that have been built up over many years in Germany. With the 2015 auctioned frequencies (700 MHz), it is easier to supply large areas. However, only a small spectrum is available there, so that there is no 5G-to-peak values are possible.