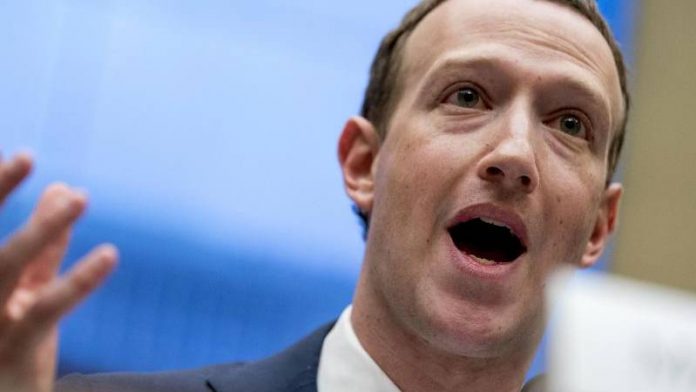 Facebook CEO Mark Zuckerberg has called for an internationally coordinated regulation of the Internet. He also stressed the EU data protection regulation (DSGVO) as a model for the world.

Its managing Director Sheryl Sandberg said at the same time, the Online network under test to the live stream of the massacre of Christchurch restrictions on direct transfers on the Facebook platform. A factor here could be the rules of previous violations of behavior at Facebook, wrote in the “New Zealand Herald”.

“I am convinced that instead of national regulations, a common global framework is necessary, in order to prevent a fragmentation of the Internet, so that entrepreneurs can develop useful products and all people receive the same level of protection”, – said Zuckerberg in a post in the “Frankfurter Allgemeine Sonntagszeitung” and the “Washington Post”. In doing so, he hope that lawmakers take the case of the adoption of new data protection regulations some of the aspects that let the DSGVO open. “We need clear rules for when information is in the public interest can be used, and how we deal with new techniques – for example, the Artificial intelligence – as well as privacy.”

Also in action against political Manipulation Zuckerberg deficits in the regulation. “Laws for political advertising on the Internet primarily focus on candidates and elections rather than on political issues that polarize the society,” complained he. “Our systems would be more effective if there were uniform Standards for the verification of political actors.” Some laws apply only in times of election campaigns. “Disinformation campaigns there are, however, independent of elections.” In the view of Facebook, the relevant laws should be updated “to reflect the actual threats, and industry-wide Standards”.

Facebook has been criticized after a large-scale Propaganda campaign from Russia in the Wake of the US presidential election campaign is known. It was all about, to reinforce the split in U.S. society. Then tightened up Facebook on the measures to be taken against the abuse of View on political issues. So in 2017 have been deleted before the French presidential election and the parliamentary election, thousands of fake Accounts. With the upcoming European elections, Facebook prohibits like in front of other votes – entirely political advertising, which is financed from abroad.

When privacy became demands for tighter regulation of Facebook louder, after about a year ago, the scandal of the Cambridge Analytica broke out. In the case of data of several dozen Facebook users from the developer of a survey-App data analysis company Cambridge Analytica has been passed. The case dates back several years, but increased a lot of excitement, partly because the company later worked for the election campaign team of Donald Trump. Facebook knew since the end of 2016, of the transmission of the data, and contented himself at the time, but with the assurance that they had been destroyed and did not inform the affected user.

Zuckerberg did not directly on claims, to force Facebook to cleavage of the chat services WhatsApp, and Messenger, or the photo platform Instagram. He continued but for a regulation, which guarantees the principle of data portability. The principle is that users can data from one service to another. Zuckerberg wrote: “This is an important point for the Internet and for the development of services.” Facebook support, therefore, a uniform data transfer format.

In the case of a chat service would make such a regulation, it is at the same time, for Facebook is easier to bring users of smaller WhatsApp rivals or Apple’s service iMessage to its platform.

Zuckerberg did not address the debate surrounding the live-streaming platform of the Online network after the attack in Christchurch, new Zealand, when a right-wing extremist 50 people in two mosques killed. The man broadcast the attack live on Facebook. The 17 minutes long Video was recorded by some users and again re-published. Facebook away alone in the first 24 hours after the attack, the 1.5 million copies of the video, with 1.2 million already at the upload. The case also triggered claims that Facebook should monitor the live-streaming platform strict.

Sandberg said, among other things, Facebook is investing in technology that modified copies of Videos and photos with graphic violence faster could be detected.