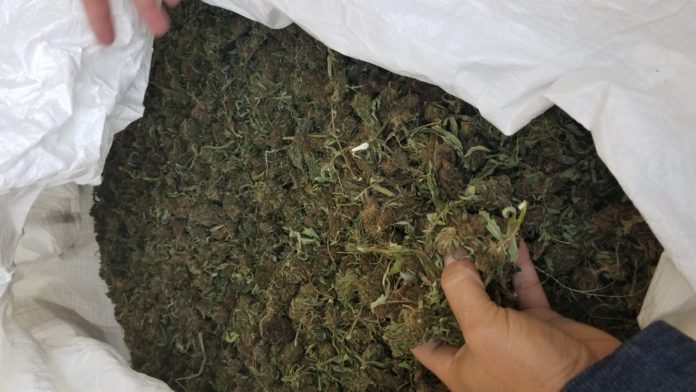 The once illegal substance has captured the attention and wallets of many, eliminating the stigma it once carried. Marijuana has battled many obstacles in the race to legalization, and as of now, cannabis is legal for adult consumption in Canada and parts of the United States.

However, the explosion of sales has resulted in a shortage of supply, and harsh regulations have halted the expansion. Experts suggest that even with the slowed expansion Canadian cannabis could net close to $6 billion in annual revenue by 2022.

Americans have also taken to the marijuana movement, by the end of 2018 33 states have legalized medical marijuana, along with ten other countries allowing recreational use of cannabis. With the overwhelming number of Americans advocating their support, there is no doubt the possible legalization of marijuana could go as far as federal.

Not only is the legal marijuana industry taking over, the passing of the Farm Bill in the U.S. this past December, now federally legalizes hemp and hemp-based products- widely known as CBD.

The primary differences between hemp and marijuana are simple; marijuana gets people high whereas hemp/ CBD won’t.  CBD is the non-psychoactive cannabinoid that is often correlated with medical benefits and treatments, however in some cases contains small traces of tetrahydrocannabinol (THC), the cannabinoid that gets a user high while straight cannabis is filled with THC.

The Farm Bill allows license businesses to grow hemp legally, along with the extraction of CBD from hemp plants, marketing CBD oils, lotions, and hemp derived edibles as well. However, cannabis-derived CBD is still illegal at the federal level in the U.S. and individual states have begun to regulated CBD edibles in any form, even if they come from hemp.

According to new found data from data analytics firm New Frontier Data, “The Global State of Hemp: 2019 Industry Outlook,” global hemp retail sales totaled out to 3.7 billion in 2018 and are expected to grow $5.7 billion by 2020.

China took the lead in 2018 with around $1.2 billion in hemp sales, with runner up the U.S. at 1 billion, Europe bringing in $980 million and Central and South America at $220 million.  New Frontier Data’s report predicts that U.S. hemp sales will increase to $2.6 billion, resulting in a growth rate of 27%.  Also suggesting that of the $2.6 billion in hemp sales half ($1.3 billion) will be produced from hemp-derived CBD products.

According to investment firm Cowen Group, one of the most promising Wall Street firms on the outlook for global cannabis, the trade could hit $75 billion in annual sales by 2030.

Many questions about how companies will benefit from the marijuana movement have circled the stock market and some say the most logical choice is — a Canadian company. For example, Canopy Growth (NYSE: CGC) primary focus is on its 5.6 million square feet of cannabis cultivation space in Canada, while also receiving a hemp growing and processing license in New York State. The company plans on investing between $100 million and $150 million in producing a facility in southern New York with the plan of processing hemp for its profitable CBD.

Canopy Growth has also collected funds of $330 million in a cash-and-stock deal that was heavily reliant on stock, from Colorado-based hemp research company ebbu — allowing Canopy Growth access to ebbu’s portfolio of intellectual property for the hemp that could result in a hefty long-term gain.

Charlotte’s Web Holdings (NASDAQOTH: CWBHF) is another company that is predicted to benefit from the passage of the Farm Bill and surge in sales for Hemp CBD products. Charlotte’s Web produces hemp-derived oil products, however, are not legally allowed to guarantee their products provide medical benefits.

Their products can be found in more than 3,600 retail locations, more importantly, one of the few pot stocks to have announced an operating profit without the help of one-time benefits or fair-value regulations.

Aurora Cannabis (NYSE: ACB), Canopy Growth’s biggest competitor, is another company that has the potential to do great. A company that hasn’t even evolved its way into the United States, yet made its name known when CBS rejected it from airing their Cannabis commercial during the most significant and most watched sporting events of the year, the super bowl.

During an interview with Business Insider, Aurora’s CEO Cam Battley said that his company would soon present a strategy to target hemp-derived CBD in the U.S. market. After a 345 million Canadian dollar ($261.1 million) convertible note capital raise, Aurora Cannabis is now on top of nearly CA $500 million ($378.5 million) in available capital, which would make U.S. entry achievable.

With the massive success in Canada, projecting to be the largest marijuana producer, Aurora will have no issue in becoming a name in the U.S. hemp market.

The consumer market continues to see CDB infused products introduced into the market. The beauty industry is seeing creams and lotions that contain CBD and other ingredients that have anti-ageing properties. A company called Cannologies states on their website “Cannologies goal is to provide the highest quality natural full spectrum nano-emulsion cannabidiol products on the market.” A list of their products that include CBD in their formula are: Full spectrum rejuvenative oil elixir, human stem cell facial serum, human stem cell post treatment serum, water soluble sensual lubricants.

Why it’s worth investing in CBD stocks is simple; as opposed to other commodities, it still hasn’t matured, and it hasn’t reached its maximum potential for growth. Its young stage is attracting more investors as states, and now the government moves to total legalization.

Most of the uproar in marijuana stocks focused on Canada in 2018. Although that could change with the new year, investors will start to lean more towards the U.S. in 2019 for several reasons, Charlotte’s Web Holdings (NASDAQOTH: CWBHF), Liberty Health Sciences (NASDAQOTH: LHS), and Scotts Miracle-Gro (NYSE: SMG) look like the most profitable picks to buy in 2019.

The dollar value of hemp is still comparably small next to legalized marijuana. However, $2.6 billion in predicted annual sales has become compelling to many, leaving investors very interested.