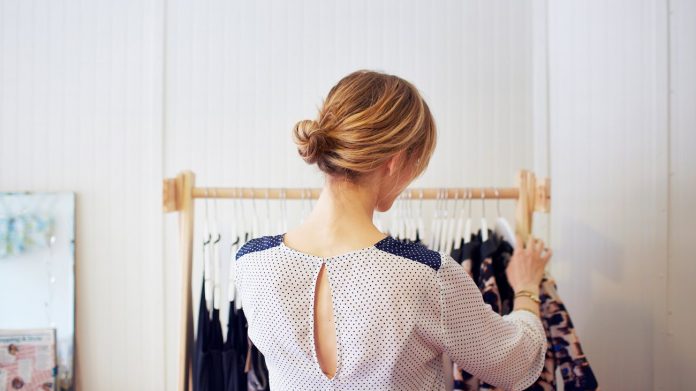 Contents page 1 — The backyard, the Fast Fashion page 2 — No public criticism page 3 — Calvin Klein in the pile of clothes On a page

second-hand clothes read buy, especially the poor? This impression is to avoid Genoveva Petrova. “It is a Statement, an expression of the level of eco awareness. And a good Deal,” says the young co-founder of Remix Global AD, one of the largest second hand dealer in Bulgaria with Austrian participation. You’re prejudice against second-hand fashion: the Unemployed, the people who are in need of old clothes for the Westerners, who have not made the connection to the market economy.

When this Friday again the Schnäppchentag Black Friday is proclaimed and retailers such as Amazon and Zalando Shopping in record numbers, then the question remains: Where not to land all the Jeans, dresses and sneakers that will be sent back at the end because they fit or don’t like the color? Or thrown to twice in the old clothes container? A part of them is exported almost 2,000 kilometres away to Bulgaria. Here is an industry which specializes in the business of unwanted clothes. For some, it is a ray of light in a country that is one of the poorest in Europe. For others, it is the ugly downside of the globalised fashion industry.

In the Fast Fashion industry, a return rate of more than 40 percent are not uncommon. Not all of them use the fashion companies themselves. The entrepreneur Petrova benefits: six years Ago, she founded with three business partners in Bulgaria, the company Remix, discovered the niche between the emerging online trade and Thrift. Remix invested since the establishment in their own processing plants, in which the returned Mode is worked up. You will be tested, disinfected, folded. Then Remix sells the clothes in their own online second-hand shops with the Slogan reuse, reduce, remix. Not only in Bulgaria, the good to come, but in the meantime, in nine other EU countries, including Germany and Austria. The revenues for 2017 are at 28 million euros. It could have been more had it not been for a fire in the largest storage and processing depot during a physical inventory audit.

The second hand sector in Bulgaria, with an annual turnover of 60 million euros now so large that it has even founded an own Association. According to the information of the dealer process each year, around 50,000 tonnes of textiles. The imported clothing came mainly from Germany, Scandinavia, Italy and Switzerland. Partner of the Bulgarian companies, among other things, textile-Recycling-companies such as the Swiss textile group Texaid or the Bavarian waste disposal company Lorenz Wittmann GmbH. In Bulgaria this type of clothing is pimped then.

Every second part at the end in a Shop in Bulgaria. The rest of the recycled goods are re-exported, very well-preserved article can even show up again in the Warehouses of online retailers in Germany, the Netherlands and Denmark. What is Morocco for the global shrimp-Peel-Business Bulgaria for the unwanted T-Shirt. Even dirty or broken goods will be again used by it is sold by companies such as Remix as a textile waste to producers of door seals in Hungary or India. “We combine the trade with ecological responsibility and social commitment,” says Petrova.

Marieta Vassileva* is one of the 425 employees who sort the clothing for Remix. You know nothing of the green and humane Image of your company. The small, energetic woman with dark brown Curls and a round face is 34 years old, divorced and has two children. For your family you buy is always the cheapest detergent at the supermarket. More than half of Marietas income goes to food and products for everyday life. With your full-time job, you earn 400 euros, which is below the Bulgarian average of nearly 575 euros. But the salary you get regularly, health and social, she is insured also. All of this is not in Bulgaria, of course.

Nevertheless, Vassileva considered to terminate. It’s all too much. The demanding specifications, on the Marieta according to the contract, is not allowed to speak, the permanent, the Stress of the weekend services, tells you during a meeting. “The new bunch are always dusty clothes, I have to quickly assign. I must look very good, if not but a bit of lipstick or a small hole hidden somewhere.” If you climb after work in a Sofia suburb in the operating bus, be deaf to your legs. In the night you Wake up from coughing fits.