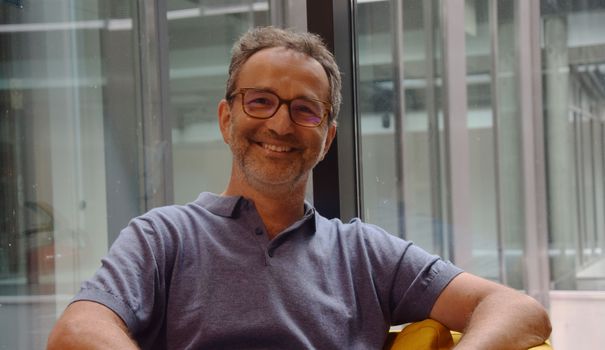 Bad atmosphere in the team, a perceived loss of meaning, opacity of the strategy of the company, taking initiatives throttle… It speaks to you ? The sources of ill-being at work are diverse and the employees do not always have the opportunity to speak on the topic… except that if they really offer the opportunity. It is the goal of Bleexo, a start-up launched last summer, who has decided to put the artificial intelligence (AI) in the service of the commitment of the employees.

in The middle of an app, the collaborators shall be offered at regular intervals – several times per week – four or five statements (e.g. “I think the strategy of my business is relevant” or “I have enjoyable relationships with my colleagues”) to which they must indicate their degree of adhesion, in 45 seconds. The AI adapts the questions asked to the own experience of each. The answers are then anonymized and aggregated by Bleexo, who plays the role of a trusted third party, and then analyzed and passed on to managers. They can understand at any moment where the shoe pinches and what are the priorities to be addressed. Especially, they will see propose corrective actions via modules of microlearning. The platform and accompany them in their implementation.

In a year, the young shoot which has already attracted nearly a hundred customers, “both groups of the Cac 40 SMES than twenty employees, with a utilization rate between 75 and 85%”. Stéphane Waller, the founder of Bleexo is not his first attempt : after several experiences in marketing, it was launched in 1999, the management consulting firm Meltis. Today, it grabs hold of new technologies to “develop the well-being of employees”, and inform the decisions of management : “It is as if we gave a headset to the leader !”. After having appealed to investors to the tune of 500,000 euros last December, the startup intends to consolidate its position in France, and then intends to address the european market.

The well-being of the company, it is a concept trend ?

Yes, it is really in the air. Before, the need was there, but the technology was missing. Today, the AI can respond, and the companies have understood that men are the main lever. It is at the right time in the right place !

You have smelled the good deal or it is by conviction?

I went three times to the companies where I worked, after they have been fired or have resigned. I was too free electron. I told myself each time : I am the nightmare of my managers, and they are my nightmare.

You have created your first box in 1999, was it different from today ?

20 years ago, everyone told me : “you’re insane, why don’t you stay in your company !”. Today, there is a form of worship social entrepreneur, it is the holy grail.

It is difficult to run alone ?

The first obstacle, when it is not self-same “tech”, it is to find a good partner who has those technical skills. There is a real shortage : I am running around for three months without to find. And the chance came to me. I play in a set of copper and one evening after the rehearsal, another musician asked me what I was doing in life. When I explained to him, he told me that he was the CTO [Chief Technology Officer, technical Director] freelance ! At the end of a month, it was associated and recruited developers.

• Rate : 1.50 euros to 4 euros per person per month, decreasing as a function of the size of the company