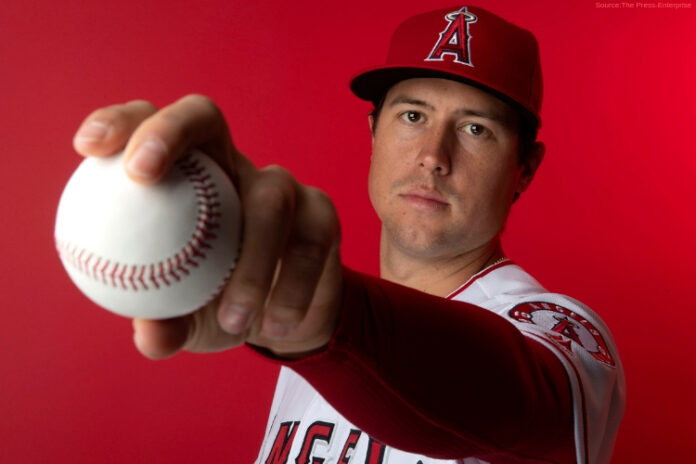 The hometown hero of Santa Monica baseball player and currently Angels 27-year-old pitcher has died leaving the world of baseball stunned and need answers. Tyler Skaggs sudden death leads to the postponement of the team’s game against the Texas Rangers.

According to police reports, officers responded to an unconscious man in a hotel room located in Southlake, Texas and came to find Skaggs dead at the scene. As of right now, investigators do not expect any foul play; however, an investigation is still ongoing.

A Southlake police spokesperson claimed it “is not suspected” that Skaggs committed suicides, according to the Los Angeles Times. No media outlet has been given any more information.

“It is with great sorrow that we report Tyler Skaggs passed away earlier today in Texas,” Angel’s statement read. “Tyler has, and always will be, an important part of the Angels Family. Our thoughts and prayers are with his entire family during this devastating time.”

The last known social media activity from Skaggs was a photo of Angels players wearing cowboy hats by their plane and was posted on his personal Instagram account Sunday afternoon. The photo’s caption read, “Howdy y’all” while commenting on the team’s road trip to Texas.

The team is scheduled to play in Houston for a three-game series this weekend after playing the Ranger; however, the angel’s plater and coaches who went to the Ranger’s stadium for Monday’s night series left only an hour in when they heard the news, hours before the start of the game.

Many of them returned to their hotel, and the clubhouse was never open to the media, while none of the players spoke to reporters at the hotel were Skaggs passed.

The manager Chris Woodward explained how he felt by saying, “There were a lot of pretty emotional guys in there, you could tell. Some guys knew him. had played with him in L.A.” He added, “some guys that didn’t even know him were visibly shaken. You could tell.”

“Real life takes precedence here,” Daniels concluded his Espne interview by saying . “Some things are a lot bigger than baseball.”

Angels GM Billy Eppler almost broke down in tears when he spoke to reporters saying, “He had a long life ahead of him, and now that’s gone. Everybody grieves in their way, and everybody has to find peace through this eventually, but it’s just a tragic day for everybody, especially his family.”

Currently, outside Angel Stadium, fans laid out dozens of flowers and other Angels memorabilia in honor of Skaggs, many of the teams playing today held a moment of silence for him before their games.

MLB posted a comment to Twitter by commissioner Rob Manfred that stated “All of us at Major League Baseball extends our deepest condolences to Tyler’s wife, Carli, their family, their friends and all of his Angels’ teammates and colleagues. We will support the Angels’ organization through this most difficult period, and we will make a variety of resources available to Tyler’s teammates and other members of the baseball family.”

Skaggs last game and pitch were Saturday, going five innings against Oakland at home. According to MLB stats, he was, “was 7-7 in 2019 in 15 starts, recording a 4.29 ERA with 78 strikeouts in 79⅔ innings.

A local of the Los Angeles area, Skaggs was born in Woodland Hills and attended a local high school in Santa Monica. The Angels drafted the young pitcher with the 40th pick in the first round of the 2009 draft, the same class as Mike Trout. According to Mike, they were roommates in the low minor leagues before Skaggs was traded to the Arizona Diamondback in August 2010.

The investigation is still ongoing, and no further information was released. More to be announced.