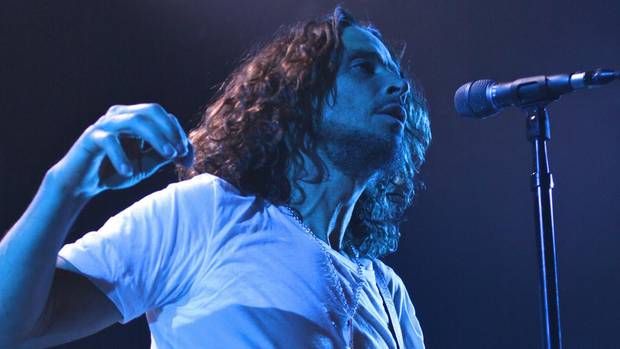 high-profile Celebrities and musicians have paid tribute with a concert of the late singer and guitarist Chris Cornell (1964-2017). Approximately five hours of emotional extravaganza in Los Angeles lasted. On stage, Miley Cyrus (26, “Nothing Breaks Like a Heart”), the Foo Fighters (“Wasting Light”), Josh Homme (45) of Queens of the Stone Age (“Villains”), Adam Levine (39) were, among other things, of Maroon 5, Metallica, and Soundgarden. For a special spine-tingling Moment of Cornell’s daughter Toni (14) was also ensured.

tears at a Performance of Miley Cyrus

Toni Cornell has performed with Ziggy Marley (50) a song of his father Bob Marley (1945-1981), “Redemption Song”. Also, the appearance of Miley Cyrus made by the audience, according to US media reports, tears in the eyes. They covered the song “Say Hello 2 Heaven” by Cornell’s Band Temple of the Dog with impressive intensity.

By the evening, US presenter Jimmy Kimmel (51). Talk to Cornell talked about Hollywood Star Brad Pitt (55, “The Big Short”) and actor Jack Black (49, “Jumanji: Welcome to the jungle”). The concert had been sold out within ten minutes. The proceeds go entirely to the Chris and Vicky Cornell Foundation and the Epidermolysis Bullosa Medical Research Foundation.

Chris Cornell was the singer and guitarist for the Bands Audioslave (“Revelations”), Soundgarden (“Superunknown”), and Temple of the Dog (“Hunger Strike”). He died in may 2ß17 the age of 52 due to suicide.