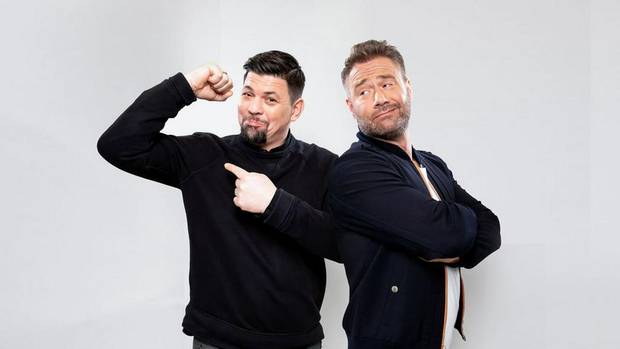 Tim Mälzer (l) and Sasha are in “beat the Star” to

As one of the mouth but quite full! The TV-chef Tim Mälzer (48, “Greenbox”) duel next Saturday (9. February from 20:15 clock, ProSieben) in the TV Show “beat the Star” with the singer Sasha (47, “key child”). Pre-Brewer now selects the confrontation: “I know of no opponents. I only know of victims.” Alone with the name Sasha you can expect nothing: “The is a singer. The Light-girl-bubbly-drugs-restless-life-number – the full program.” His opponent will not be able to deliver much.

But Sasha himself from the harsh announcements calm: “I know that Tim is very ambitious and doesn’t like losing.” Even if you would not view it Mälzer: “In him a sports machine, which was not, however, quit longer.” Nevertheless, he himself seems to raise claims on the victory: “Put’ you warm… it’s cold out there!” In 15 rounds the two will play the winner of the creams off at the end of 100,000 euros. As a big music Act, no Less than Herbert Grönemeyer (62, “Tumult is in the Rest of the”) one of his new Songs.