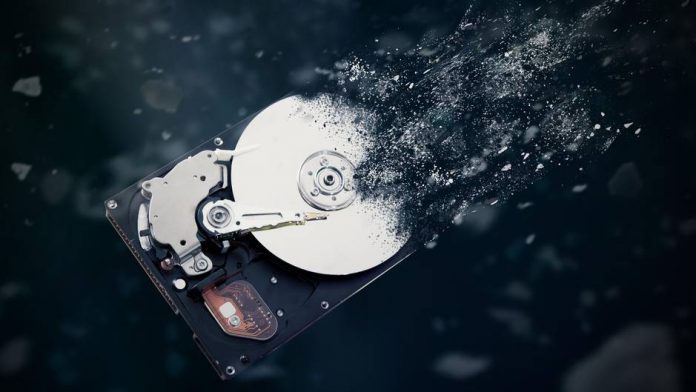 The best camera is the one that has it. For most people, this is likely to be the Smartphone. The phones take pictures, always high definition, movies now even in 4K resolution. That looks great, but needs a lot of storage space. Therefore, more and more users store their recordings in the Cloud.

The demand for Online storage increases, therefore, rapidly in the year 2020 to be generated is estimated to 44 zettabytes of new data, the equivalent of 44 billion terabytes. To keep up with this flood of data, require the operators of large data centers – including Google, Microsoft, Apple, and Amazon – ever-larger hard drives.

Soon there might be in this area a real Revolution: Seagate, the world’s largest manufacturer of hard disk drives, is allegedly on the brink of market maturity as a new technology, which will multiply the available storage space. The extreme tech reported. The technique is called “Heat Assisted Magnetic Recording” (abbreviated to HAMR) and should allow in a few years, hard drives up to 100 terabytes of storage space. Currently, models with high-end at 14 terabytes in the end.

according to The company, in 2020, the production in the larger style, first, with hard drives of around 20 terabytes. This would then be on the state of competition models with the previously used PMR technology (Perpendicular Magnetic Recording). However, the new process is intended to allow rates much faster increase: Within two years, the group aims for 36-Terabyte hard drives, and a year later (circa 2023) in order to reach 48 terabytes.

And the fast pace is to be maintained: Every two and a half years is expected to double the capacity, with forecasts Seagate. In the mid-to the end of the next decade the Maximum of 100 terabytes could be achieved. Even if it’s not supposed to go at the end quite so quickly, the plans sound promising. For comparison, The largest competitor to Western Digital expects the 2025 with a 40-Terabyte hard drives, but also on a different technology.

The HAMR process differs from conventional hard disk drives in that the magnetic particles are not oriented as usual from the Read-Write head, but instead, a Laser heats the carrier disc. As a result, the particles can be Packed much denser. The Heat, Write, and Cooling happens in less than a nano-second. The technique is considered to be very complex. 2013 was yet unclear whether they can ever be realized.

The new iPad Pro in the Test: this Is the Computer of the future?

The new iPad Pro is slimmer and faster than any Apple Tablet before. With keyboard case and stylus it is an all-rounder. But it is also a full-fledged Computer, as Apple claims? This question, our Test answers.