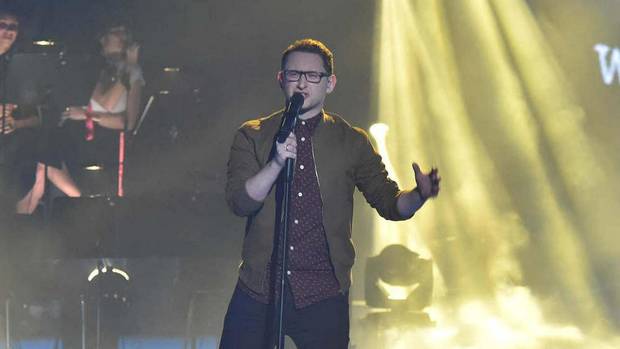 Samuel rose The Voice of Germany “2018

Samuel rose (24) from Großrückerswalde, Germany The Voice of Germany “2018”. The singer in the final show of the eighth season on Sunday evening (16.12., Sat.1) against his three comrades-in-arms. With him also Coach freshman Michael Patrick Kelly (41) won the title.

It was a clear decision. The audience voted to nearly 55 percent for Rösch. Benjamin Dolic (21) from the Team of Yvonne Catterfeld (39) landed on the second place, Jessica Schaffler (17) from the Team of Mark Forster (34) on the third and the fourth place went to Eros Atomus Isler (18) from the Team Fanta.

The path to the title was long and exciting. In addition to Solo performances, the four finalists of the duet to have to sing with their Coaches and with one of the six international Stars. At the beginning of the Show, all four with Olly Murs (34) sang. Jessica and Tom Odell (28) were together. For Samuel, the award-winning Danish Band Lukas Graham came to the stage.

Eros had with Grammy-winner Jess Glynne (29) his Best and Benjamin, with the Swedish singer Zara Larson, your 21. Birthday got a bouquet of flowers and a Serenade by the audience. Herbert Grönemeyer (62), “the Godfather of music poetry,” as Moderator Thore Schölermann (34) called him, continued the musical end. And also from him, it was faced with the decision again and a lot of praise.

Live Tour of the finalists

Who simply cannot get enough of the finalists of the eighth season, the can you Tour to your big Live from 27. December, again on the stage experience. Two of the Show’s previously eliminated semi-finalists are watching thanks Wildcard with: “Linda and James,” said presenter Lena Gercke (30) and at least Linda Alkhodor (16) could hardly believe their luck; James Smith, Jr. (17) was not in the room.