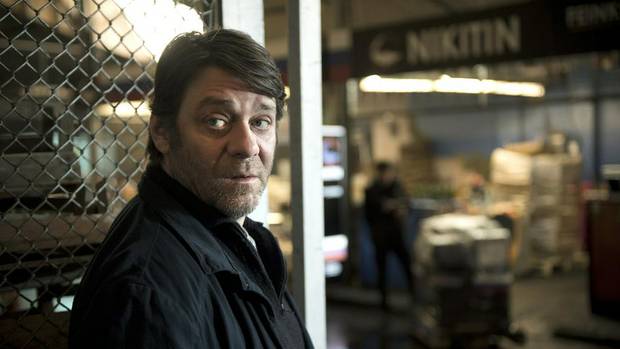 Wants to support the police: Frank Lorenz (Roeland Wiesnekker) is determined on your own

It was an incredibly good appearance of Roeland Wiesnekker (51)! The Swiss made his presence as a mentally ill police officer Frank Lorenz from a strong Cologne “crime scene” a superior. In “More, always more” he breathed a failed lawman realistic life. Times you had to feel for him, you could only shake your head about the confused approach of Lorenz, which crystallized at the end of the film, as a massive mental illness.

The makers occupied the demanding Part with a quite familiar face: The 51-year-old Wiesnekker was born in the vicinity of Zurich, however, has Dutch roots. He became known for his numerous roles in various television and cinema productions. Already in 2005 he had his first supporting role in a “crime scene”-production; then in the Munich-based offshoot of the crime series on the side of Udo Wachtveitl (60) and Miroslav Nemec (64).

Also as a theatre actor, he made, among others, the Schauspielhaus in Zurich a name. In 2009, raking in Wiesnekker even an Oscar nomination in the category “Best short film” for his portrayal in “On the track”. In 2014, he received the German television award as “Best actor” for his performance in “spree forest crime – murderous incitement”.

Also as an integral part of the “scene of the crime”-the cosmos, he is not Unknown: From 2015 to 2016, he played the Commissariat conductor Henning Riefenstahl on the side of the Frankfurter Ermittlerduos Janneke and Brix. Since 2018, he embodies the role of the BKA-Commissioner Jan Koller in the “Prague-thrillers”. You will hear in the next time, in all likelihood, even more of Roeland Wiesnekker…