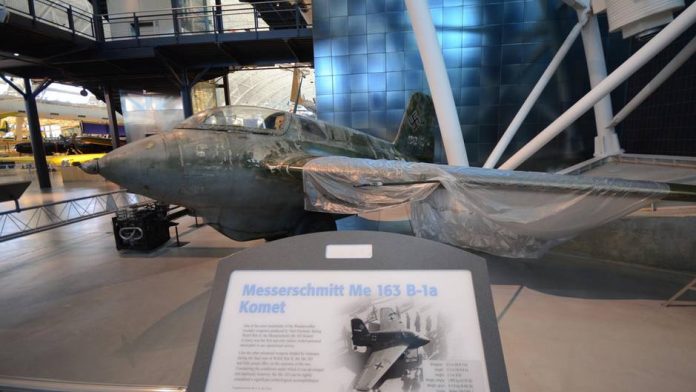 the pilots of The P-51 Mustang were sure to fly the best fighter plane of the war, then you were in for a Surprise. The machines of the 359th Fighter Group were the first allied fighters, the Me 163 Komet had to face.

Colonel Avelin P. Tacon, Jr. reported: “My Formation and supported a Battle group of B-17 that had just bombed Merseburg. Someone noticed Contrails high above us. At six o’clock.“ From a height of almost 2000 meters on its accompanying hunters shot two single-seaters, pre-shot, and pushed through the Formation. “I guess, conservatively seen, you have made between 800 and 900 Km/h.”

“Although I had seen, how they dived, and during the attack, observed, I had no Chance to target them.” A machine path dipped, the other rose in the sun. Another Pilot said that they were so left quickly, “like a bat out of hell”.