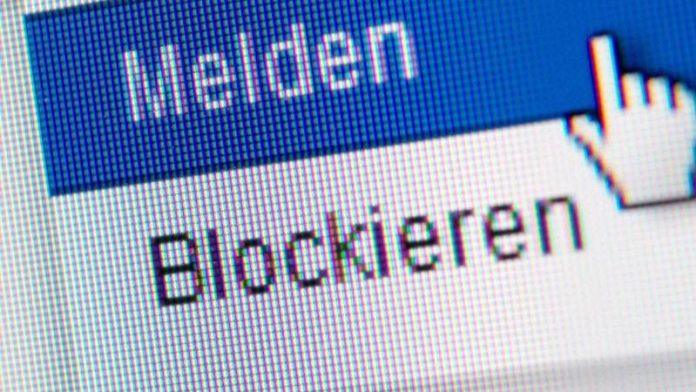 A year after the entry into force of the controversial law against hate on the net shows that a lot of the complaints will be rejected.

This is evident from the transparency reports of the big platforms, Twitter, Facebook, and YouTube for the second half of 2018. The companies are obliged according to the network enforcement of the law, to publish these Figures.

the short message service Twitter, was recorded between July and December 283.462 complaints, only eight percent (23.165) of the cases, the entries have been deleted. On YouTube almost 251,000 content has been reported, removed or blocked more than a fifth (54.644). The largest part of which related to hate speech and political extremism.

Meanwhile, only complaints 1048 contents received Facebook – where a more complicated reporting procedures exists. Often, it is to insult, libel, or slander. 369 content (35 per cent) had been locked or deleted.

The network enforcement of the law was on 1. January, entered into force. It requires that the platforms have to clear and delete illegal content 24 hours after an indication – and in less clear cases a week’s time. Anyone who does not comply with this requirement, repeatedly and systematically, the threaten penalties in the millions.

However, the NetzDG, the short form had taken care of again and again for criticism. Opponents argue that it is the operator gave to block out of fear of a fine borderline content rather. This could lead to censorship. In the early days about a Satire was a Tweet of the magazine “Titanic” is deleted.

This is a risk the right – and consumer protection-policy spokesperson of the CDU/CSU parliamentary group, Elisabeth Winkelmeier-Becker. The Figures showed that, of censorship and over-blocking could be no question. “The platforms delete in a moderate frame and thereby rely predominantly on violations against their own Community Standards.”

If the networks don’t respond quickly enough, can complain to the user at the Federal office for justice. The expected appeal wave is remained. In the entire year of 2018 are available on the Online form according to media 714 to View reports. The forecasts originally at 25,000 cases a year.

Green party politician Renate Künast, the “gross error called” to eliminate the creation of the law. “We
an effective total need strategy against the brutalization of the
discourse and intimidation of dedicated people in the network”, said Künast.