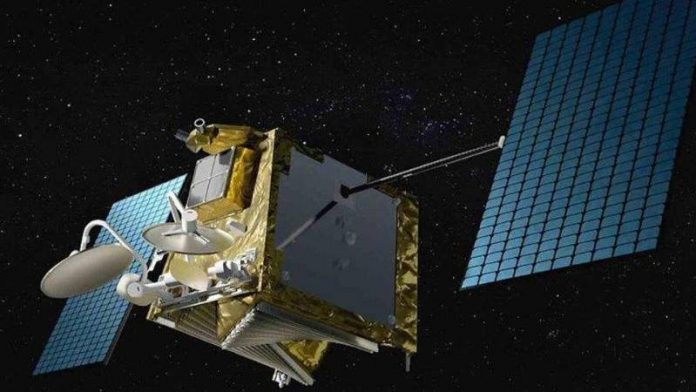 check In the desert just short of the Mails, in the jungle, the latest news to read? To mobile Internet, most people have become accustomed. But there are places, as most would expect with the Internet reception.

not to mention annoying radio holes. New projects promise to supply the entire world with cheap Internet access using satellites in space. Can this work?

OneWeb Satellites is called a project. It is a joint project between the aerospace and defence group Airbus and the US telecommunications company, OneWeb, is behind the Internet pioneer Greg Wyler.

Airbus is for the development of the satellites. 26. February, the first of them aboard a Soyuz rocket from Europe’s spaceport in French Guiana to be shot into space. Hundreds more will follow in the coming years – with the rocket maker Arianespace 21 rocket launches are currently agreed. “The constellation is focused on 900 satellites”, explained Nicolas Chamussy, head of the space division of Airbus.

The New project is that the satellites are to be launched on a low earth orbit of 1200 km. Currently, there are satellite-based Internet in the rule of the so-called geostationary satellites, which orbit the earth in more than 35,000 kilometres. Also very is built, the satellite will be manufactured in mass production – more every day. They are smaller and lighter than normal satellites, so a number of can be transported with a rocket launch you into space.

On the earth of user terminals communicate with the satellite in space. In the case of OneWeb via small satellite dishes mounted on the roof and with solar power works. You can 3G, LTE or 5G – Internet and Wi-Fi in the surroundings, promises to OneWeb.

How good is the quality of the Internet, previously not exactly say, explains Roland Bless, Karlsruhe Institute of technology (KIT). “Because the satellites have a relatively low orbit, it is assumed that the delay is likely to be in comparison to a conventional geostationary satellite links is quite short.” Minimal delay is a significant factor for a fast Internet connection. However, the expert also sees a disadvantage in the close proximity to the earth. “The radio frequencies are likely to be relatively high. That is, weather conditions such as fog or clouds affect the reception conditions.”

in addition, the satellites must be replaced regularly, because their life time is limited. Thus, according to critics, created a lot of space junk. Chamussy of Airbus refers to a French law, according to which a satellite has been launched from France or developed, must also be fetched from the Orbit. Although he could not guarantee that for each of the satellites, in principle, but not the obligation, at the beginning of the Mission to ensure that no space debris is created.

Not only OneWeb Satellites, is working on such Internet. The canadian company Telesat to offer with his project “Telesat-Leo” 2022 global Service, also with the help of Airbus. The American space company SpaceX Tesla founder Elon Musk is working on a similar project and want to bring with “Starlink” significantly more satellites into space than OneWeb: thousands to it. The first satellites were launched in early 2018 on a Falcon 9 rocket into space. If the Tests are successful, should also start “Starlink” soon.

Facebook had abandoned a similar, since 2014, the project developed – the Internet-drone “Aquila” – in the past year. The aircraft would have to fly for months autonomously in high altitude. A first test flight in 2016, had ended with a crash landing. A competing project with big drones had been abandoned by the Google mother Alphabet. Completely out of the race, the Alphabet is not in order but: the supply of balloons is more tinkering. The “Loon”balloons will be in around 18 kilometres up the road, on the ground, special antenna for the network channels are usually necessary.

“It is crucial to be the first that offers the Service”, said Chamussy of Airbus. “Tempo is the key.” The goal is to bring in the next few years as quickly as possible, very many satellites into space. As long as only a fraction of them in All, not work the Internet correctly. “The eats then only the life-time of the satellite”, said Chamussy. It is planned according to the company, to overcome the digital divide in the world no later than 2027. At the Start of the project should go a lot more.

there Is, therefore, in the next few years everywhere in the world, the Internet? “Well, Yes, much is still unclear,” Bless from the KIT in Karlsruhe. In principle, it is conceivable that the majority of the earth illuminate. Also places without quick Internet in Germany could benefit from the space network. However, there is a need for a variety of user terminals on the earth, which convert the Signal from the satellite. “Because with the Smartphone alone, you can not receive the Signal,” says Bless. But that could be expensive and time-consuming.

Also, the exact cooperation of telecommunications companies is not yet clarified in Detail. Users must complete with a “OneWeb”, “Starlink” or other providers a contract of their own? “Of course that would be rather impractical,” says Bless. Or cooperate with existing businesses with the space-service providers and pay Roaming charges? Then the customer would not notice even if he uses the space of the Internet. Another open question is whether the network will really be for people in all regions of the world, one that is affordable.