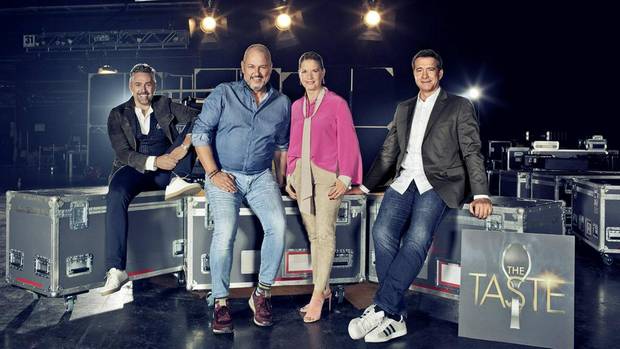 Roland Trettl, Frank Rosin, Cornelia Poletto and Alexander Herrmann (from left): Will be the “The key”-the Jury in the spin-off for children?

The station Sat.1 is planning a Spin-off to the cooking show “The taste”. On its home page will be searched for “The key Kids” children between eight and 15 years, “can at least cook as well as most adults,” and in the competition for the title of “Germany’s best young cooking Talent” want to measure.

The young candidates should be able to handle cooking spoon and frying pan and, if allowed, “on the side of a celebrity Coaches” Can show their skills at the stove. For more Details on the Show, the channel has not yet been announced. Not only is the successful music talent show “The Voice” gets a spin-off, in the children’s Talent show, but also the most successful cooking show of the transmitter.

In the Original Show to compete 20 candidates to stage a court on a small spoon perfectly. The professional chefs Roland Trettl (47), Alexander Herrmann (47), Cornelia Poletto (47) and Frank Rosin (52) support the candidates in their respective Team, and then assess the spoon. The winner receives a private cooking book and 50,000 euros.