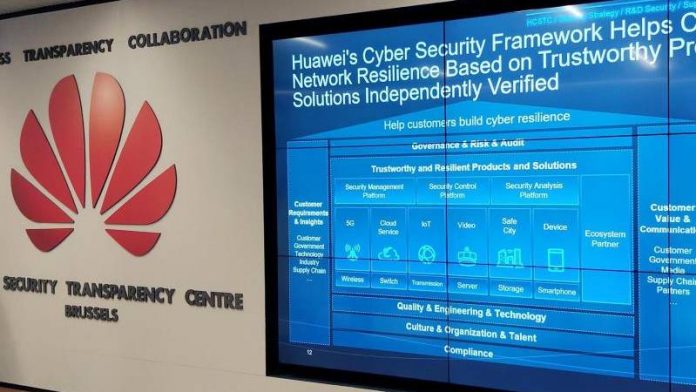 currently, many of the pages in the suspicion of cyber espionage, distressed companies, wants to provide government authorities, technical experts, industry associations and standardisation organisations a platform to work together on future Standards.

Above all, should Huawei want to disperse but also in Europe, growing safety concerns.

“We believe that this is an effective model to confidence for the digital age,” said Huawei Deputy Chairman Ken Hu.

trust but had to be based on verifiable facts, on the basis of common Standards. Confidence in cyber security is “one of the greatest challenges facing the world standing in the digital age”.

the Last security had grown concerns about the Chinese company, also in Brussels. EU digital Commissioner Andrus Ansip referred to the fact that Chinese companies are forced with the state intelligence services of your country to cooperate. The news portal “Euraktiv” according to Ansip, and Hu were taken on the day before the opening of the centre of Brussels on Monday for talks.

In the new centre in Brussels wants to facilitate Huawei in addition, communication with various stakeholders on security strategies and end-to-end encryption.

Together with industry partners, security standards and verification mechanisms are to be developed. It is the third European centre of the company: In Germany, the company operates in the heart of Bonn, a research laboratory, which was opened last year in the presence of Arne Schönbohm, President of the Federal office for security in information technology BSI,. In Paris, Huawei holds since in 2016 the research centre for mathematics.