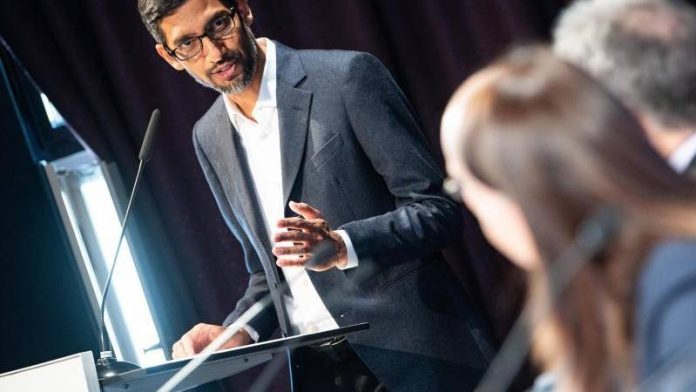 Google has launched the opening of its new Berlin office, a digital education campaign.

Sundar Pichai, the head of the Internet group, said his company is committed that every person could benefit from the opportunities of digital technologies. In a joint project, the existing program “Google the future should now be the workshop” in Berlin further expanded.

Google is cooperating with the project with the service trade Union Verdi and the chambers of industry and Commerce (IHK) for Munich and upper Bavaria, as well as Düsseldorf. This basic training should be for teaching digital skills. On the Basis of a scientific study by the Fraunhofer Institute for work economy and organization (IAO) should then arise training formats, which may result in an IHK-certificate examination.

The events of the educational campaign held in the Berlin’s new Google-spaces. With the historic Gropius Ensemble in the Forum on the Museum island in Berlin, the group applies, for the first time a stand-alone building in the capital. So far, approximately 130 employees work there, in the future, it should be 300.

“It’s an exciting time to be a Googler in Berlin,” said company chief Pichai. Berlin was for a long time a capital of culture and the media. “More and more they are developed to a center of the Start-up scene and an engine of innovation”. With this new office space, we can double the number of Googlers who work here in Berlin, more than.” A total of over 1400 employees in four German offices are already active, including 700 in the Germany Headquarters in Hamburg and 400 at the development centre in Munich.

Philipp Justus, Central Europe,-the chief of Google, stressed the global importance of Germany as a location for his company. “We have a number of Tools have been developed which have simplified the handling of the user with the issues of privacy and data security.” The European data protection regulation have engaged Google in the past year. “We have checked all our products to determine whether they correspond to the DSGVO.” In addition, Google did inform the users about changes in the contractual relationship and the consent have to ask.

The action of the French data protection authority CNIL, which had been imposed on Monday a fine of 50 million euros due to violations of the DSGVO against Google, would not comment, Justus. “We need to analyze the decision.” Google am the DSGVO but overall positive. “We believe that it would be useful to have a similar law in other Parts of the world, including the United States.”