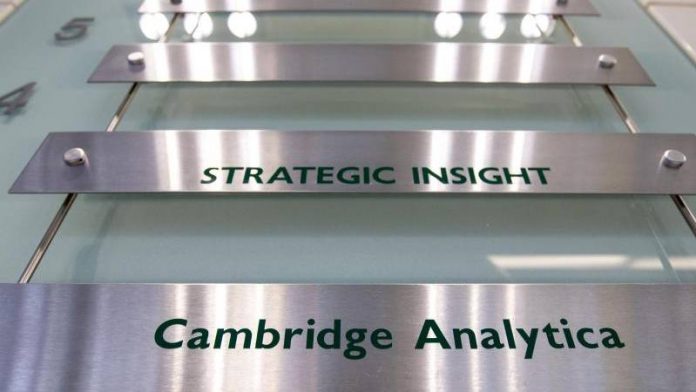 Facebook is threatening because of the data scandal to Cambridge Analytica legal Trouble in the United States. The U.S. government, the district of Washington DC filed a lawsuit against the Online network.

attorney General Karl A. Racine has accused Facebook of massive sloppiness in data protection, whereby the information of many users could be have been used in the election campaign of 2016, for political manipulation miss.

“Facebook has failed to protect the privacy of its Users and deceived them about who had access to their data and how they were used,” said Racine on Wednesday. On the stock exchange Facebook came under more pressure, the stock lost US the close of trading about seven per cent.

At the scandal of the developer, a survey was handed App in front of more than four years, information of Facebook users illegally to the data analysis firm Cambridge Analytica, the later worked, among other things, for the campaign team of U.S. President Donald Trump. It was not only the data of around 300 000 survey participants, but also of their Facebook friends. Facebook’s rules for data access by App developers to let this broad collection of information from 2007 to 2014.

As of the case in March, is known, crashed out of Facebook in a serious crisis and brought the Online network under stricter attention from regulators and politicians. Founder and chief Mark Zuckerberg was interviewed for ten hours in the US Congress, in the UK, Facebook was assigned a fine of £ 500,000, which wants to overturn the company.

In the United States the situation is more controversial for Facebook, because the group had to undertake in an agreement with the Supervisory authority, the FTC for privacy violations, not to share any data from users without their consent. If it is determined that Facebook is in breach of these requirements may face stiff penalties.

attorney General Racine complains, because data of about 340,000 inhabitants, of Washington, DC had been affected by the scandal. It also seeks compensation payments and fines of an undisclosed amount.