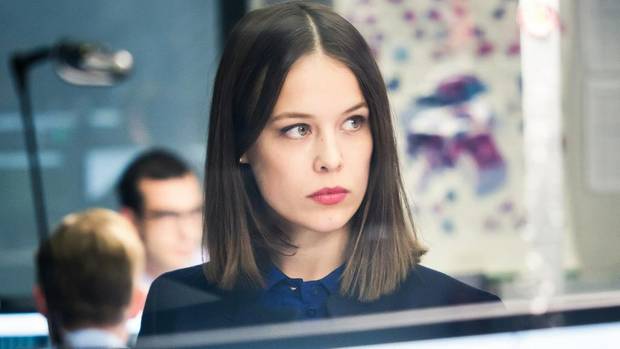 rotated The TV series “The boat” and “Bad Banks” had the most nominations for the German television award in 2019. At the ceremony, it was enough, finally, for the two prices. “Bad Banks” was awarded in the category “Best Drama series” and Christian Schwochow (40) for the “Best Director”. For “The boat” could look forward to David Luther (46) about the award for the “Best camera”, and Vicky Krieps (35, “The Silken thread”) was honored as the “Best actress”. Most of the trophies caught, however, “Gladbeck”.

winner of the German TV award

54 hours war of nerves: Gripping the ARD two-parter at the Gladbeck hostage drama

The hostage drama has to dig firmly into the consciousness of the Germans. The ARD is reminiscent with the two-parter “Gladbeck” in three terrible days 30 years ago, and a black hour of the German media. The Film was honored with three German television prices.

The TV series about the hostage crisis of 1988, in three categories, including “Best series”. Ueli Christen (56) also provided the best cut and Albrecht Schuch (33) was honored as the “Best actor”, not only for his performance in “Gladbeck”, but also for “The COP and the girl” and “Kruso”.

Luke Mockridge (29) “LUKE! The 2000s and I”, “LUKE! The school and I”, “LUKE! The week and I” the prize for the “Best presenter of entertainment”. The “Best music” made by Annette Focks (54) for “The outdoor pool clique”. Mizzi Meyer (54) provided for “The crime scene cleaner” is the best book. The “Best equipment” had, thanks to Martina Müller and Jana Karen, “The great Rudolph”, the “Best equipment Show” came from Guido Heinz Frinken and Oli Egon for “The big bake”.

“Kulenkampffs shoes” received the award in the category “Best documentary/Reportage”, “Best documentary series”, “Terra X: The journey of mankind”. In the category “Best Information: foreign reporter,” triumphed Antonia Rados (65) “Yemen’s slow death”. Jenke of Wilmsdorff (53) got for “Jenke makes courage! Life with breast cancer”, “The Jenke-Experiment” and “Jenke On life,” the award for “Best Infotainment”. And as the “Best sports broadcast” won “ranNFL”.